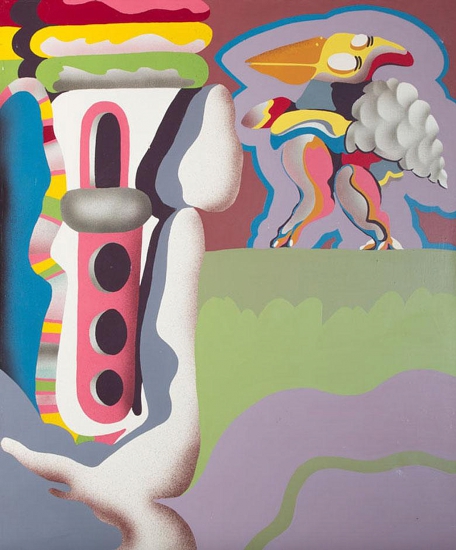 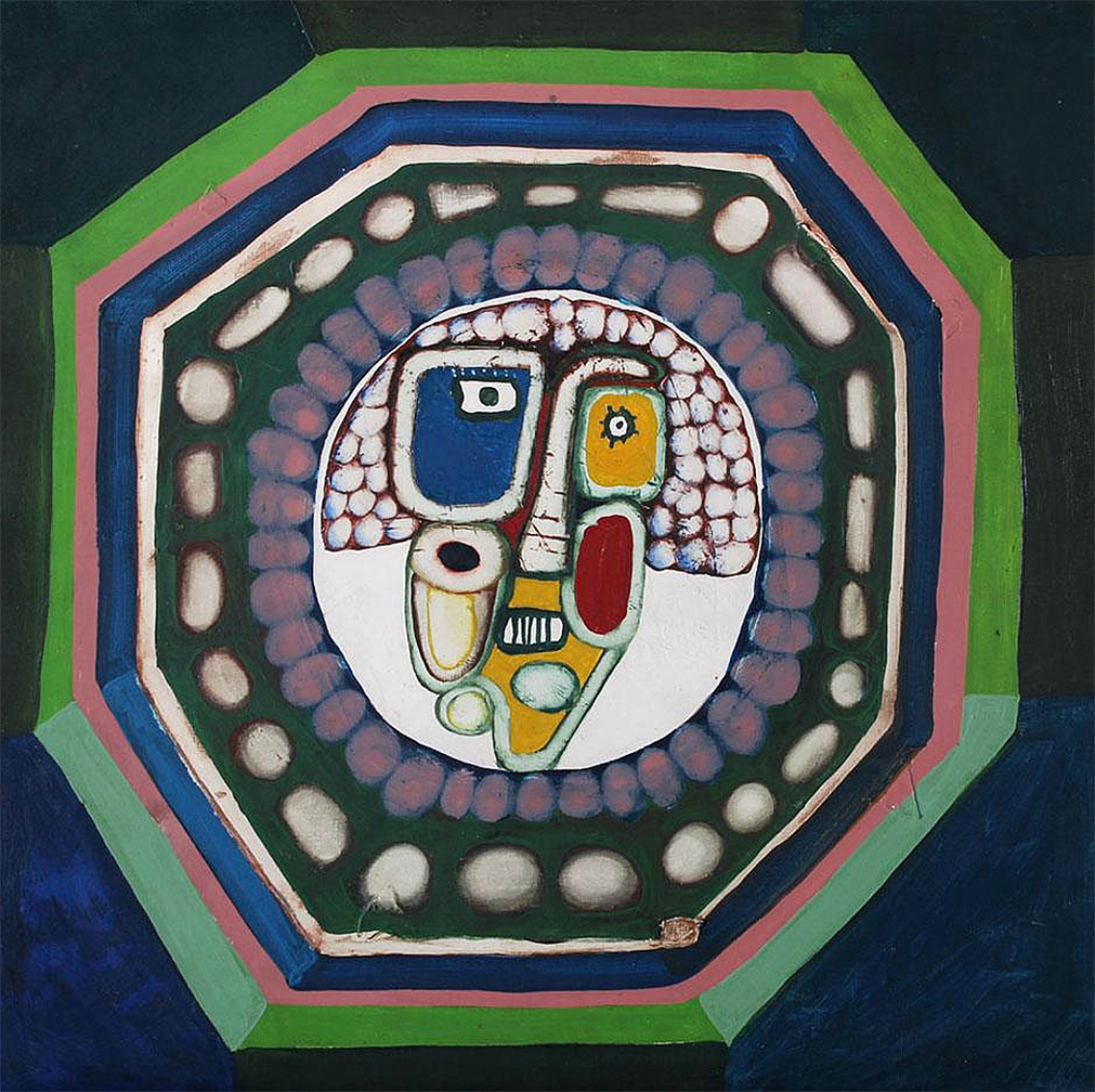 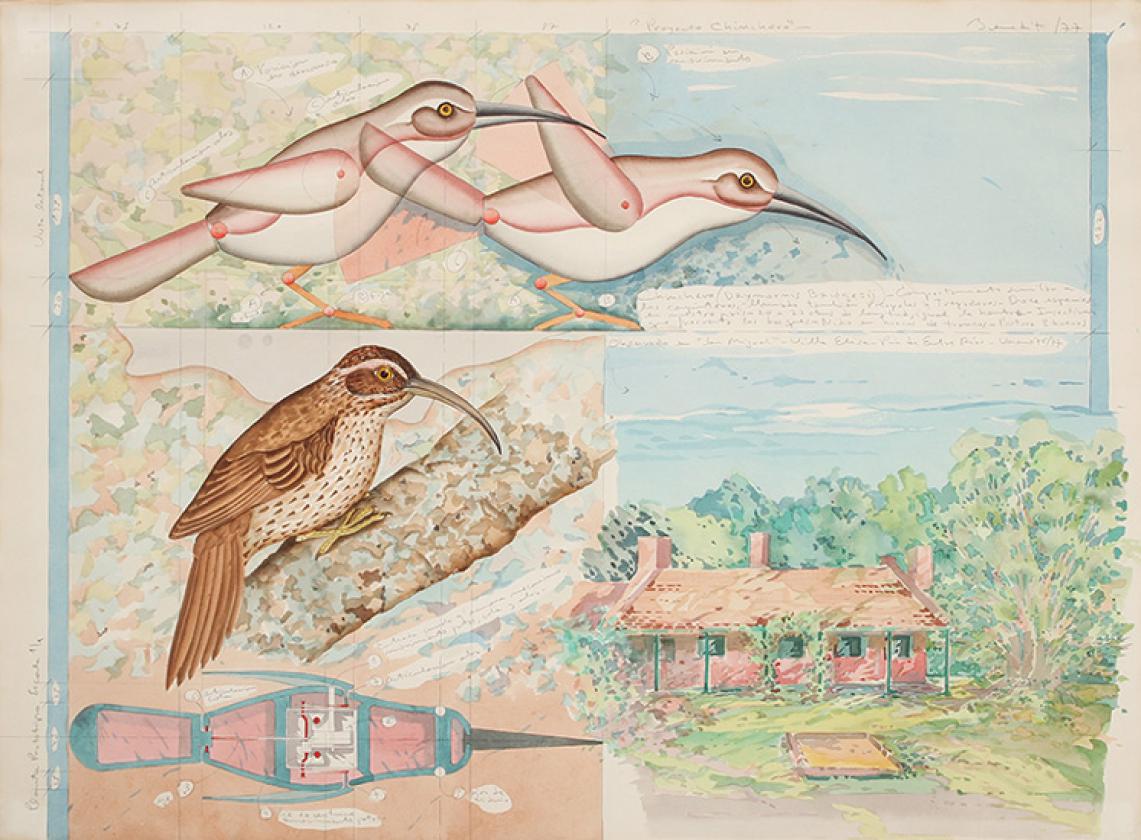 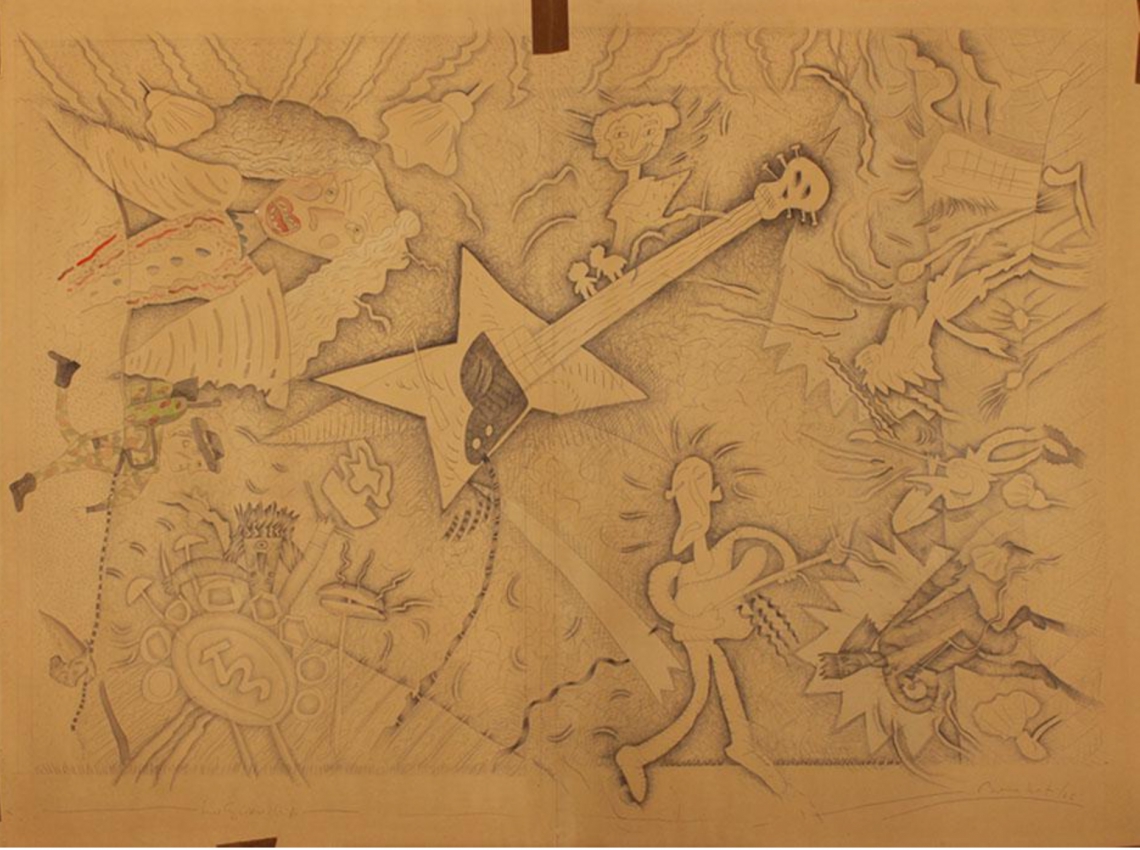 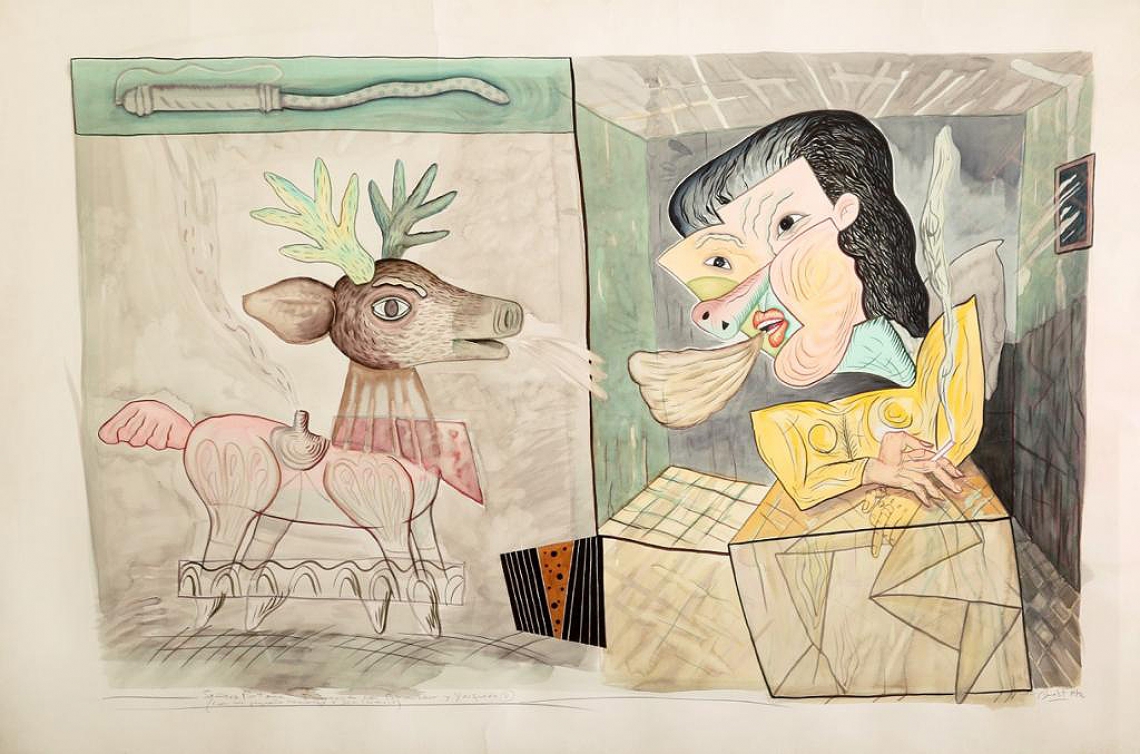 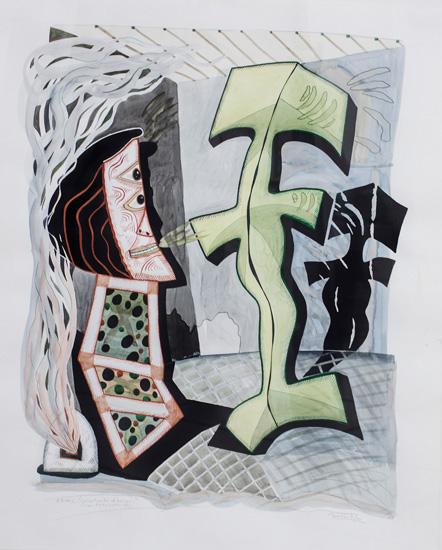 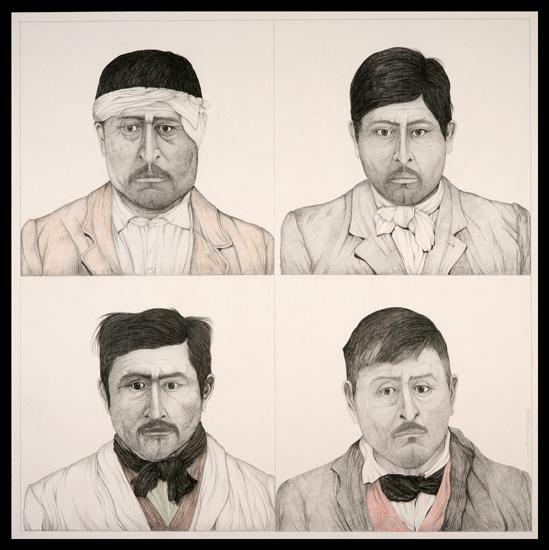 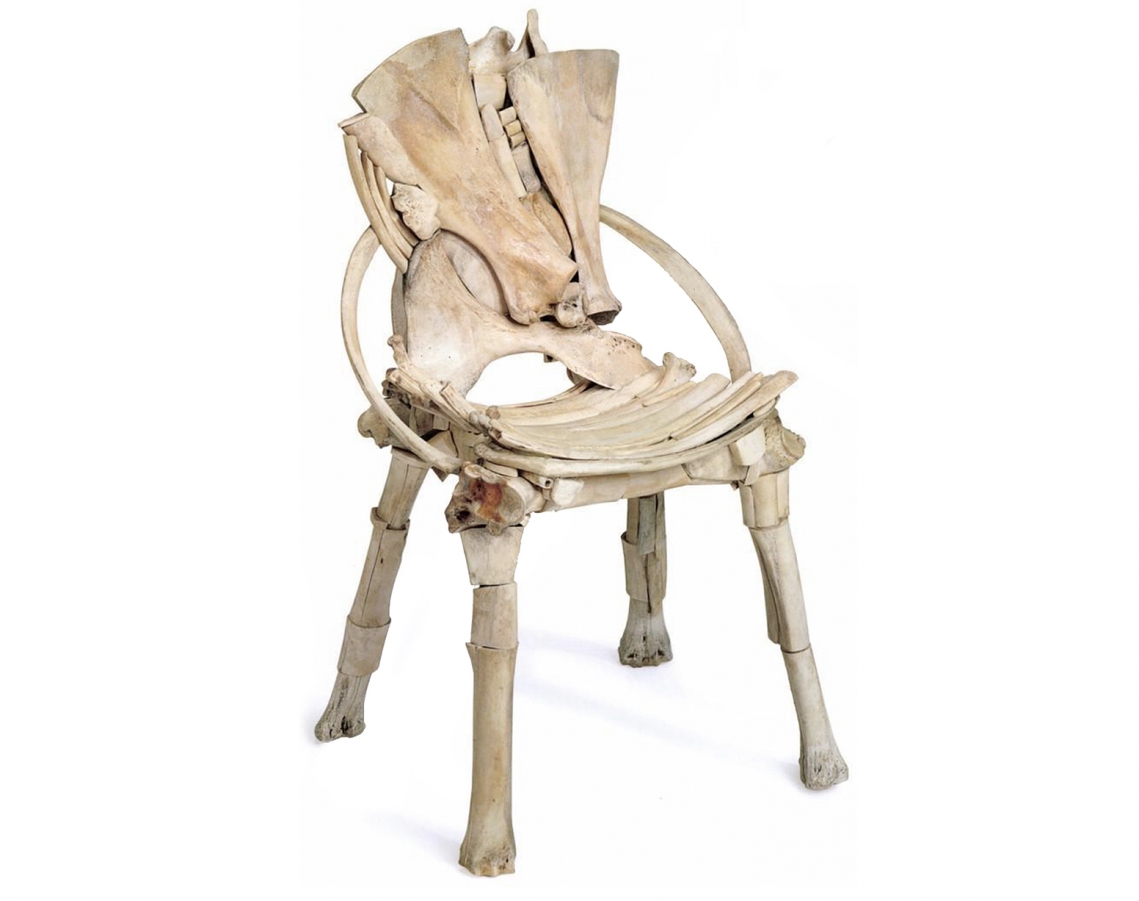 Luis Fernando Benedit (1937 - 2011) Argentine plastic artist, architect and designer. Throughout his career he was simultaneously active in all three professional fields and in an interdisciplinary way.

His work emerged in the context of the central trends of the second half of the 20th century, specifically the rise of conceptual art linked to ecologism and analytical investigations.

The main themes in his oeuvre are the links between art and science and the way in which gaucho culture and the Pampas represent both a definition and physical location for the collective memory of the national imaginary. He also researched travelling painters, creating watercolors, drawings and objects featuring local culture. For him, technique was fundamental to his discourse, creating a substantive relation between his chosen technique and the content; paintings, drawings, objects, installations, assemblages, sculptures, watercolors, projections and collages were just some of the media he utilized. He designed artificial habitats with living animals and vegetables, thereby creating biological and physico-chemical experiences. Alongside other artists, he formed part of the Grupo de los 13 (Grupo CAyC), which presented a vernacular version of conceptual art they theorized as “art of systems”, a trend in which the emphasis was laid on the production processes of the art works. In the 90s, he taught at the Barracas workshop, sponsored by Fundación Antorchas, being one of the main role models and mentors of the artists that lead in the local contemporary art scene today.

With a coherent and forceful body of work concerned with varied subject matter, he achieved a unique place in both Argentine and international art scene; a position reflected in the 1972 exhibition of his works in the Projects series at MoMA - Museum of Modern Art, New York—the first Latin American artist to hold an exhibition at the museum.